Isn’t it amazing seeing our children’s individual personalities develop as they grow?  I wrote a couple years ago about my son being a “Mini-me” and wanting to dress and do things just like me.  As adorable and enjoyable as that was, I have also always wanted to make sure that he knew that I was excited for him to discover who he was, what made him happy and what he was good at.

As the years have gone along I have continued to see how different he and I are and how he’s really beginning to discover his own passions and interests as well as skills and abilities that are well beyond where I was at when I was his age.

The most recent example of this is when he asked me to build one of his construction toys that he had gotten for Christmas.  It was a very cool gift, but one that had taken a backseat to some of the other things he received so we were just getting to building it a few days ago.  As we started, he wanted me to follow the directions and build it myself as he doesn’t seem to enjoy following the directions for builds very much. He does it well when he wants to, but it doesn’t come as naturally for him as creating something different from his own brain does.  He worked on opening the battery pack with a screwdriver while I dutifully put the pieces of this eventual airplane together.

As I worked he started using the pieces I wasn’t using yet to make his own creations.  I admired and complimented them as he showed them to me and asked for a few of them every now and then as I needed them for the main build.  But…at a certain point he decided…“no I like my own creations and I have an idea”. He asked if he could take the main model and build something different with it.  I hesitated. I had put about 30 minutes of work into following the directions and putting together this airplane carefully so far and I am very much a black and white, follow-the-directions type of person.  However, I remembered who this was for and how important it has been to me as a Dad that I help foster and encourage his creativity…I acquiesced and let him take over the build.

He went on to amaze me by figuring out, with very little assistance, how to get all the gears and pieces to move and be placed on the build in the way that made sense in his brain.  He wasn’t worried about eyes lining up or wings being in the right place. He had his own vision for what he thought would be cool, and used all the pieces at his disposal to make a creation that was all his own.

I definitely may have felt some slight disappointment internally about not being able to finish the airplane as instructed, especially since I was halfway through! However, seeing my son think, work, fail, try again and then succeed was very fun and inspiring to watch. I’m also quite sure that it gave him way more satisfaction to make his own version himself than watching me completing each and every step for the “by the book” airplane. I may not know exactly what to call the machine that we ended up with, but I know for sure that I will remember the fun of watching his brain work as he carried out a vision that only he could see. As a Dad it was another great reminder to me that sometimes the best thing I can do is to just stand back…let him be creative…and enjoy the ride. 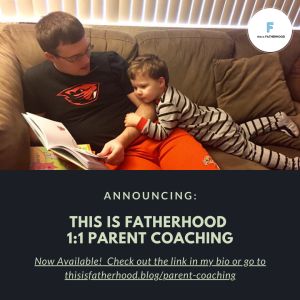